Finding the Familiar within the Unfamiliar at the Cannes

CJ ENM has steadily built a solid foundation in order to contribute to cultural diversity in global markets.

However, consumers of Korean content now exhibit different characteristics. Among those who are enthusiastic about Squid Game, there are not many who also saw The Host and Memories of Murder. Cultural content is not consumed in an orderly fashion. Instead of watching <Squid Game> because it is Korean content, they chose something funny and interesting, and it turned out to be Korean content. In other words, it doesn’t matter that Lee Jung-jae and Jung Ho-yeon are “Korean” actors. What is more appealing to them is Lee and Jung are fresh and more fantastic stars than any other actors in the world. K-content, encompassing K-pop, K-drama and K-movie, is a term that can explain a wide range of attention recently given to Korean cultural content, and has become a certification of quality, unique and interesting work.

"K-content, encompassing K-pop, K-drama and K-movie, is a term that can explain a wide range of attention recently given to Korean cultural content, and has become a certification of quality, unique and interesting work."
It is not an exaggeration to say that it was enthusiasm about <Parasite> that helped Korean film begin to be perceived as global content. <Parasite> is an unparalleled “incident” that propelled Korean film to the public in the West, going beyond the ‘Korean Wave’ only among Asians. Immediately following <Parasite>, the attractive actress Youn Yuh-jung of <Minari> emerged, and without pause, <Squid Game> fever swept the world. The eye-catching Korean content has also changed the status of Korean actors and actresses. Coming on the heels of Lee Jung-jae and Jung Ho-yeon, Kim Min-ha, the well-known actress of <Pachinko>, is among the predictions for the Emmys in 2022.

The freshness of “Korea” is highly appreciated in content market. For instance, popular low-budget filmmakers such as A24 and Brad Pitt’s Plan B Entertainment released <Minari>, a film based on Korean culture. Apple TV, a giant OTT provider, produced the original series <Pachinko> with the theme of Korean history by spending KRW 100 billion on content of purely Korean history, demonstrating its aggressive penetration. K-content is popular in various areas ranging from independent music focused on variety of topics to capital-intensive productions.

Meanwhile, <Parasite> director Bong told the audience in his Golden Globes acceptance speech in 2020 that there was a “one-inch-tall barrier of subtitles.” Since Korean is not English, it is naturally unfamiliar. Despite such a barrier, what has changed remarkably and obviously in only two years is the minds of people standing in front of such a barrier. Audiences worldwide who have learned that K-content is fresh and interesting through dance, songs, dramas and films are ready to read, interpret, and overcome the language barrier. Overcoming the barrier is rather interesting to them. They even learn Korean curse words by heart (because they are used by characters!).

It will be interesting to see the lineup of the 2022 Cannes Film Festival with the Korean Wave dominating the cultural content market. The festival has announced only the lineup of award winners for the past two years due to the pandemic. Significantly, it will hold the ceremony in a pre-pandemic format this year. After a long silence, the festival will begin to get back in shape, and this year marks a return to a normalcy. Thus, the world’s attention is focused on the roster of invited premier titles more than at any other time.

<Parasite>, which was produced in 2019, the 101st year of Korean film history, dominated the festival’s issues and made a splash at the otherwise quiet festival with its new form, sophistication, critical mind, and genre pleasures. After Cannes called Bong, who is a world-class cineaste, it invited three Korean films this year. In the Competition section, Director Park Chan-wook’s <Decision to Leave> and Hirokazu Kore-Eda's <The Broker> were announced, and in the Midnight Screenings section, <Hunt>, the debut film directed by actor Lee Jung-jae, was listed.
"Director Park was invited again to the Competition section six years after <The Handmaiden> competed. Director Hirokazu Kore-Eda received the Palme d’Or for his film <Shoplifters> in 2018, and all his works have been beloved by Cannes. Overseas media never fail to mention that the two films were produced by CJ ENM, which invested in and distributed <Parasite>."
Director Park was invited again to the Competition section six years after <The Handmaiden> competed. Even before the announcement of the lineup, <Decision to Leave> was rated as the most competitive film by various overseas media. It is a Korean mystery film starring Tang Wei and Park Hae-il that follows the subtle emotions between a crime investigator and the wife of the deceased after a death incident in the mountains. It will be interesting to see the effect of the collaboration between foreign actress Tang and Park.

Director Hirokazu Kore-Eda received the Palme d’Or for his film <Shoplifters> in 2018, and all his works have been beloved by Cannes. What is interesting is that he was invited to Cannes with a Korean title directed by him. After <Shoplifters>, Hirokazu produced <The Truth> funded by French capital, and <The Broker> is his second overseas film. They are of course Korean movies based on Korean works, but the collaboration of multinational productions represents another milestone in K-content. <The Broker> revolves around characters associated with baby boxes. Since it is a case of collaboration with Song Kang-ho, whom he has long wanted to work with, the film has attracted keen attention since it began production. By teaming up with Bong and being cast in <Secret Sunshine> by director Lee Chang-dong, who is often called by Cannes, Song Kang-ho is a very solid leading Korean actor, and we are excited about how he will work with a foreign director. 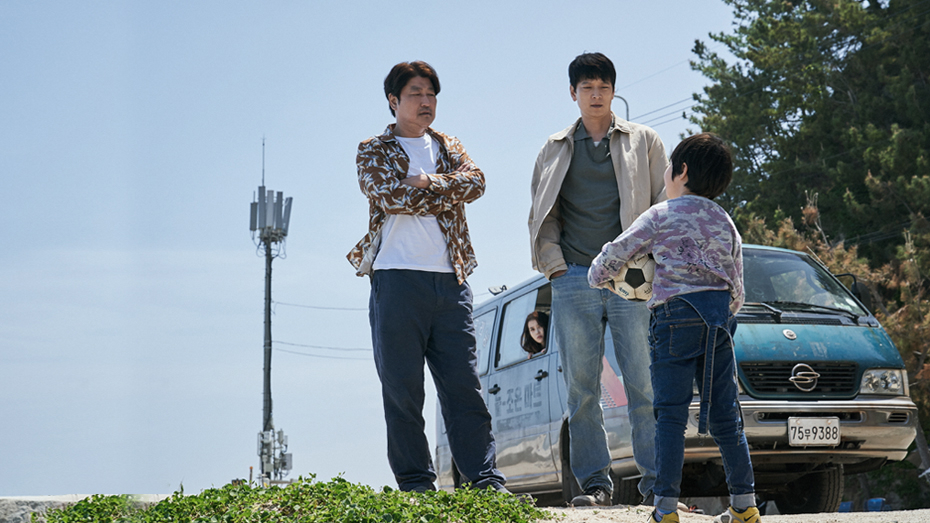 Mentioning <The Broker> as an invited title, Thierry Frémaux said that it is “made in Korea” cinema by Director Hirokazu, and emphasized that “Korea is producing attractive films.” Overseas media never fail to mention that the two films were produced by CJ ENM, which invested in and distributed <Parasite>. CJ ENM has produced a total of 12 movies including <Parasite> that have been invited to the Cannes Film Festival, the largest number among Korean film distributors. Facing waves of change, CJ ENM with its ample experience is superior in exposing the strengths and attractions of each film to the world. This is a meaningful outcome of the robust perspective and resilience of an enterprise that has steadily built a solid foundation in order to contribute to cultural diversity in global markets with keen awareness of the importance of culture.

Unlike the new wave of Korean films driven by the personalities of individual filmmakers such as Hong Sang-soo, Lee Chang-dong, and Park Chan-wook in the early and mid-2000s, the influence of K-content and K-infrastructure on the overall film industry looks more powerful. The real movement under the sea’s surface that drives “waves” on the sea is here. What impact the “industrial groundwork” built on the framework of global collaboration between actors, staff and directors will make on the outcome of the lineup of Korean titles at Cannes, and which direction Korean film will take after 100 years of history draw high expectation.

Interest and expectation translate into business. Contracts to distribute <Decision to Leave> to theaters in the United States and London were signed before release in Cannes. Distribution will be done by MUBI, a global curated film streaming platform and distributor of art films. Recently, I talked with MUBI Vice President Daniel Kasman. He emphasized that “It is a meaningful turning point for MUBI to distribute movies directed by Korean directors, which attract keen attention from the global art film community, such as <Decision to Leave>.” That suggests that Korean films are indispensable to their business expansion, rather than Korean filmmakers joining hands with them.

This year, since Cannes has the star power of Lee Jung-jae, who directed <Hunt>, as the most influential leading actor of <Squid Game>, which had the strongest impact among worldwide content in all media, it can raise his power on the red carpet. In this sense, Korean content is expected to be the main contributor to the festival’s promotion. Having reached its 75th anniversary, the Cannes Film Festival is struggling to streamline its bloated organization while maintaining its tradition and authority. Coincidentally, it is interesting that this change coincides with K-content, the hottest keyword in global content market. We look forward to the role Korean content plays in making Cannes more splendid and glamorous.

"What impact the “industrial groundwork” built on the framework of global collaboration between actors, staff and directors will make on the outcome of the lineup of Korean titles at Cannes, and which direction Korean film will take after 100 years of history draw high expectation."